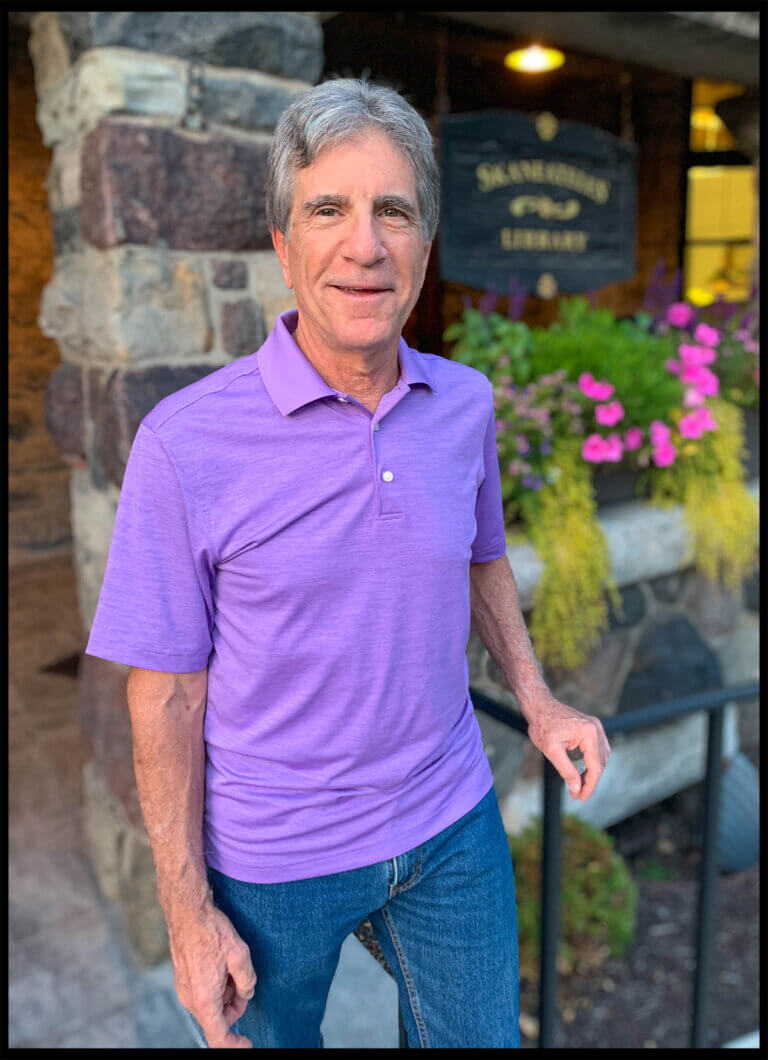 Larry joined the library board in 2019.

Originally trained as a cytotechnologist, Larry worked in hospital anatomical pathology labs for eight years. For the rest of his professional career he managed physician group private practices, retiring from Retina-Vitreous Surgeons of CNY in 2017. A Skaneateles resident for over 30 years, Larry has been regularly donating platelets to the Red Cross for decades. He has been a three-plus-term board member of, and active fundraiser for, Samaritan Center, and has coached Lakeshore baseball.

Fun facts: Larry considers himself too old to play tennis and squash, but is addicted to pickleball. He loves live music but couldn’t carry a tune in his briefcase. Larry took second place in a Mick Jagger dance contest at Nectars in Burlington, Vermont.